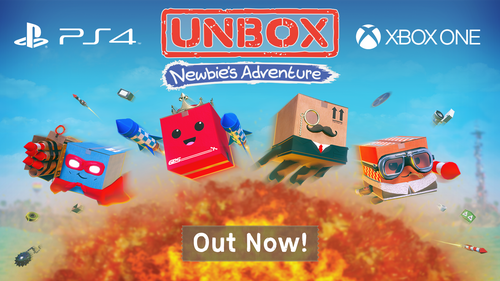 Unbox: Newbie's Adventure is now out on Xbox One and Playstation 4 ! For those of you on Steam we're releasing a free update that contains all of the fixes, improvements and extras that our friends on the consoles have available.

A huge thank you to everybody who has supported us so far, we couldn't have gotten this far without our many fans. We hope you enjoy Unbox: Newbie's Adventure and get ready for the Switch release date announcement by following us on Twitter :)